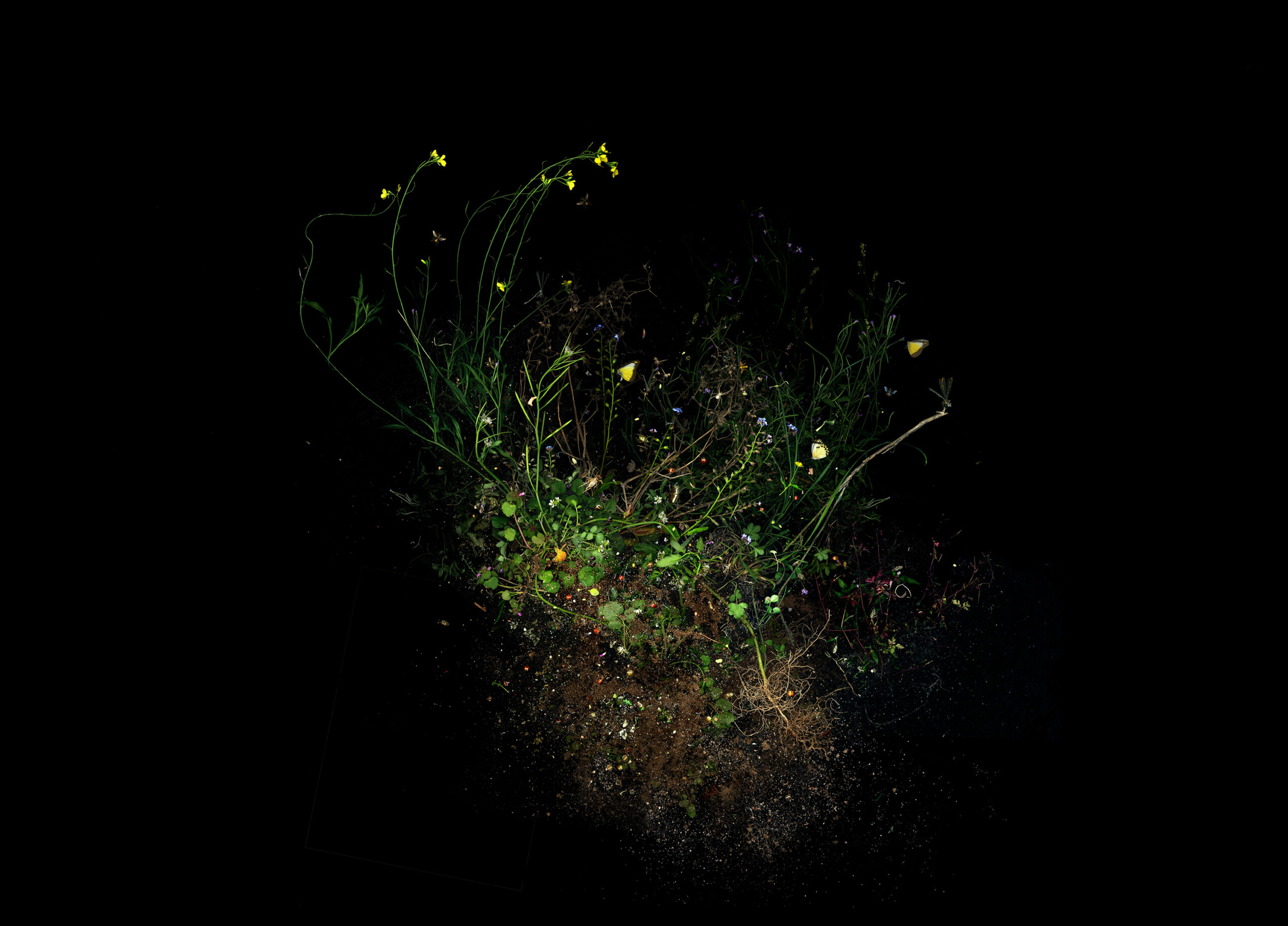 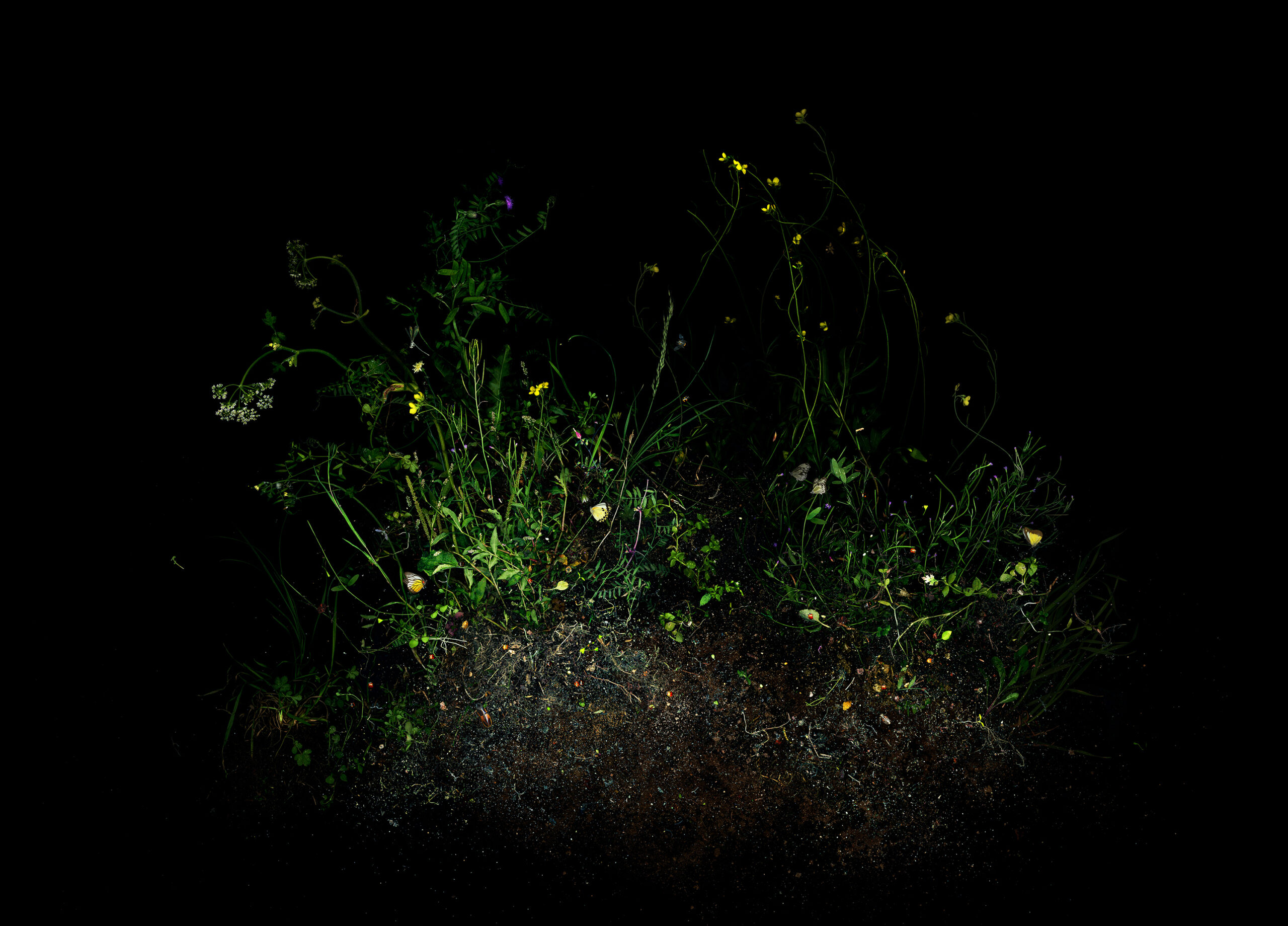 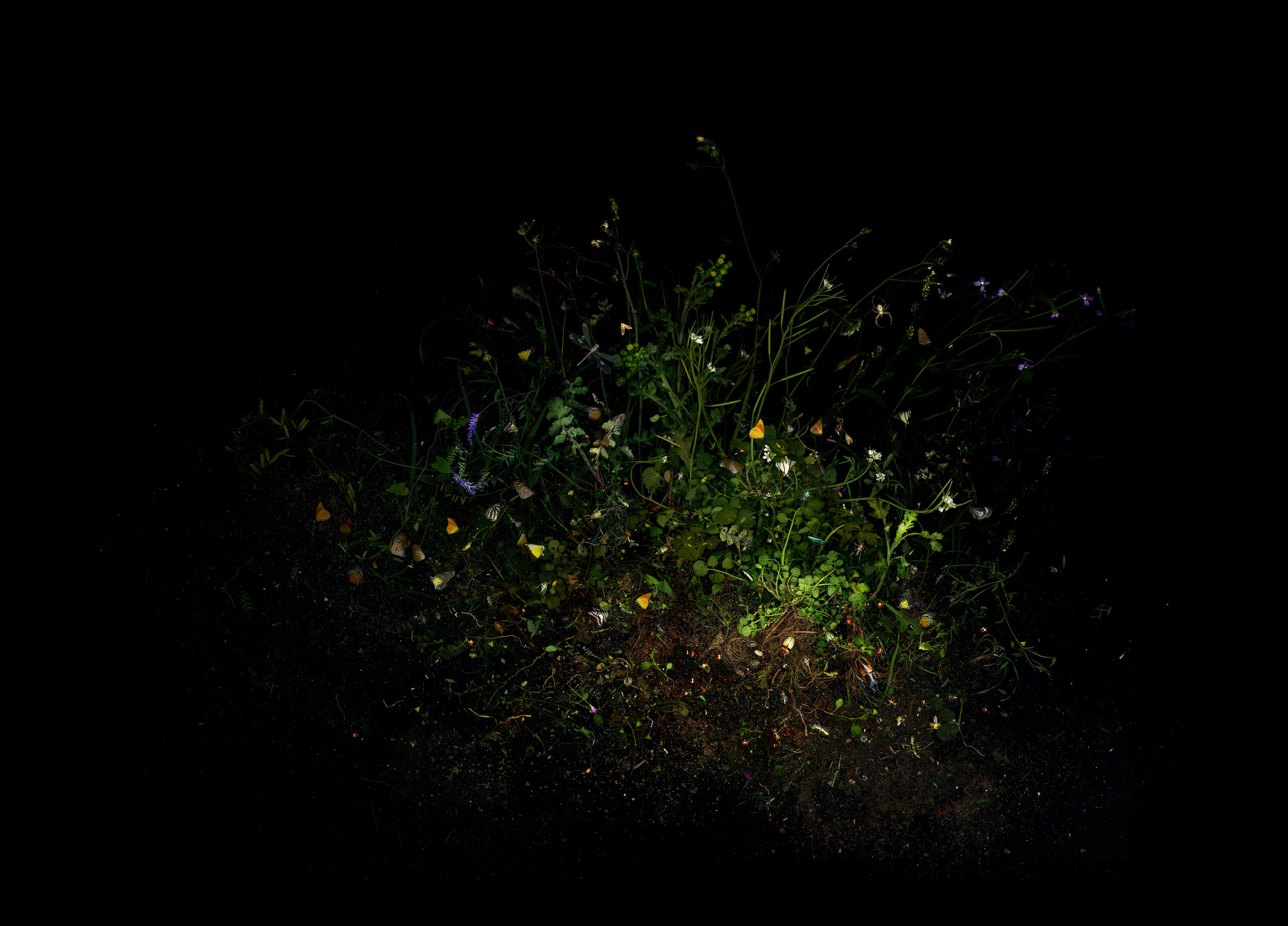 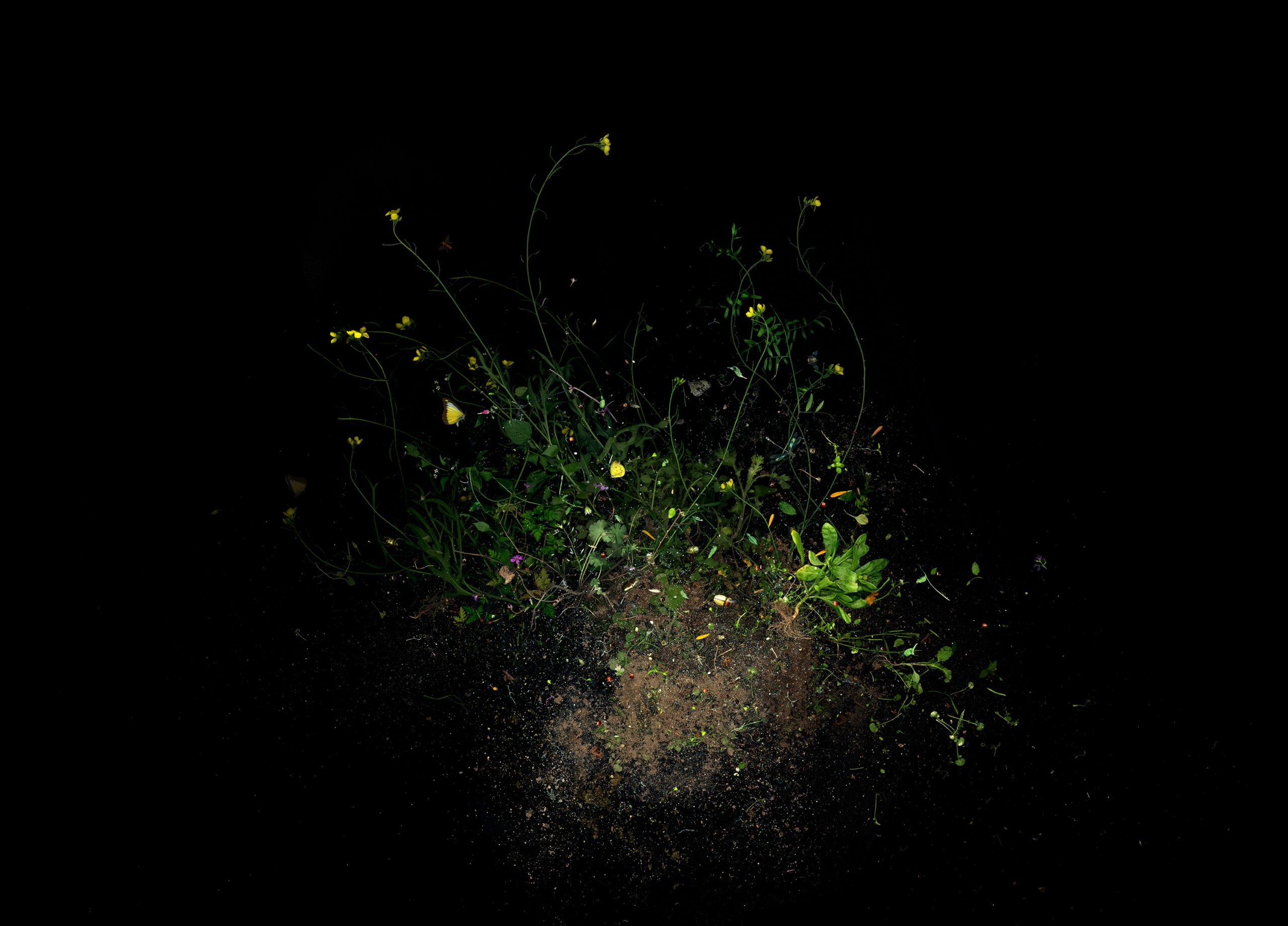 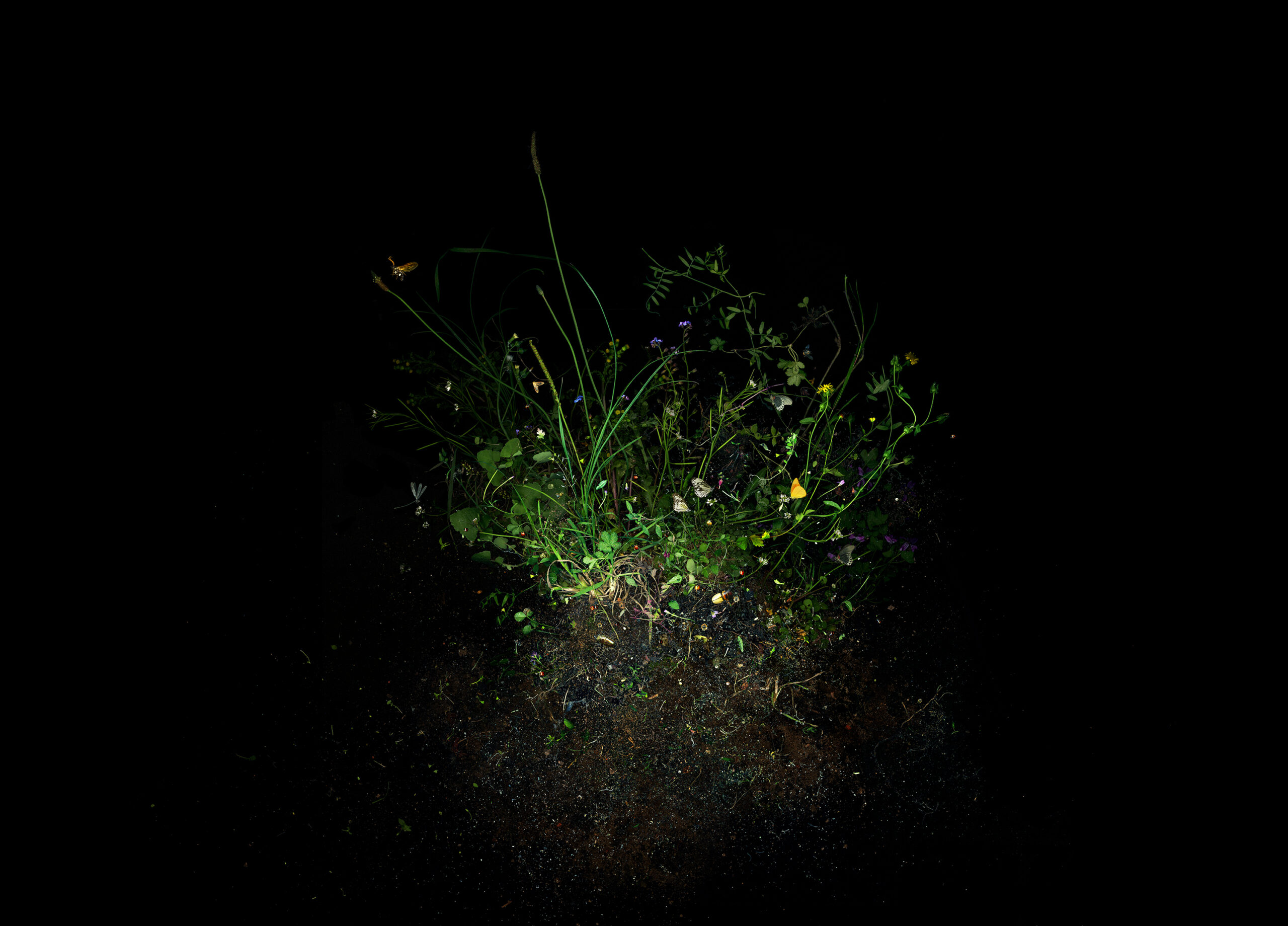 “Trespassers” is a body of work inspired by the maintenance and design of gardens- especially the phenomenon of the human struggle against ‘weeds’, nature that has been designated as undesirable.

This is an outline of such ceaseless attempts to establish boundaries between the natural and domesticated. Through the process of scanning botanical specimens and insect taxidermy, Seow meticulously splices hundreds of images together to create a seamlessly live, chaotic undergrowth against a galaxy-like darkness as if magnified for scientific study.

“Trespassers” visualises a mythical, naturalistic space that balances reality and illusion through an East-West view that questions the perspective of one’s imagination, whilst referencing Old Master still-life paintings and their interest in hierarchy, symbolism and aesthetics.

The work is presented as LED-backlit lightboxes, subconsciously driven by a contemplative experience Seow had in his youth while alone and swathed by darkness in a jungle. As Seow puts it: ‘It reflects human concerns like the idea of losing or finding oneself, and our connections with childhood, fairytales and fears.’